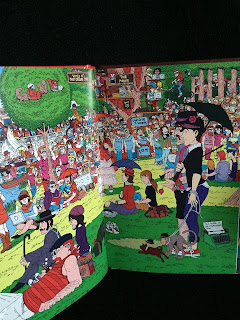 Acts 1:1-11
In the first book, Theophilus, I wrote about all that Jesus did and taught from the beginning until the day when he was taken up to heaven, after giving instructions through the Holy Spirit to the apostles whom he had chosen. After his suffering he presented himself alive to them by many convincing proofs, appearing to them during forty days and speaking about the kingdom of God. While staying with them, he ordered them not to leave Jerusalem, but to wait there for the promise of the Father. “This,” he said, “is what you have heard from me; for John baptized with water, but you will be baptized with the Holy Spirit not many days from now.”
The Ascension of Jesus
So when they had come together, they asked him, “Lord, is this the time when you will restore the kingdom to Israel?” He replied, “It is not for you to know the times or periods that the Father has set by his own authority. But you will receive power when the Holy Spirit has come upon you; and you will be my witnesses in Jerusalem, in all Judea and Samaria, and to the ends of the earth.” When he had said this, as they were watching, he was lifted up, and a cloud took him out of their sight. While he was going and they were gazing up toward heaven, suddenly two men in white robes stood by them. They said, “Men of Galilee, why do you stand looking up toward heaven? This Jesus, who has been taken up from you into heaven, will come in the same way as you saw him go into heaven.”

Luke 24:44-53
Then he said to them, “These are my words that I spoke to you while I was still with you—that everything written about me in the law of Moses, the prophets, and the psalms must be fulfilled.” Then he opened their minds to understand the scriptures, and he said to them, “Thus it is written, that the Messiah is to suffer and to rise from the dead on the third day, and that repentance and forgiveness of sins is to be proclaimed in his name to all nations, beginning from Jerusalem. You are witnesses of these things. And see, I am sending upon you what my Father promised; so stay here in the city until you have been clothed with power from on high.”
The Ascension of Jesus
Then he led them out as far as Bethany, and, lifting up his hands, he blessed them. While he was blessing them, he withdrew from them and was carried up into heaven. And they worshiped him, and returned to Jerusalem with great joy; and they were continually in the temple blessing God.

The feast of Ascension - which was Thursday this week - comes 40 days after Easter.
But, since most of our Presbyterian churches don’t celebrate Ascension as a separate feast day, we celebrate it today, the nearest Sunday.
The Ascension of our Lord.
I’m sure if you’d asked around wherever you were on Thursday, you’d probably struggle to find someone who could tell you that it was a significant day for the Christian church.
And, even though we celebrate it on the Sunday, as Presbyterians, we don’t particularly give it much space in our observance.
It’s just another of those things that happens after the resurrection on the way to Pentecost.
Another one of those crazy sightings of Jesus after Easter.
Now you see him, now you don’t...

I used to love playing “Where’s Wally” with my children.
We’d spend hours poring over the puzzles trying, in the midst of all the similar distracting images, to find Wally, always well hidden.
Last summer, I discovered “Where’s Jesus?” - an alternative version.
I was at the Church of Scotland’s National Youth Assembly - and had great satisfaction tweeting:
“140 Young Adults in the Church of Scotland have found Jesus!”
As you can imagine, that went down well.

But those days after the resurrection strike me as having been a bit like that for the beleaguered disciples.
Wondering where on earth Jesus was going to pop up next!
And I have a lot of sympathy with them.
What a roller coaster they had been on.
Three years of traipsing the countryside with him on the adventure of their lives.
Three years.
Where they’d given up all they knew to follow this itinerant Preacher.
Three years of miracles and signs and wonders.
Of hard slogs, long days and short nights.
Three years of intrigue and mystery, of what I like to think of as fun and laughter and bone shaking merriment, but also gut wrenching tragedy and mind blowing controversy.
For sure, Jesus provoked every emotion, pressed every button.
And then, after living on tenterhooks, never knowing what might come next, it’s all over.
Jesus has pushed one button too many, goaded the authorities just too far - and those authorities silenced him forever.
Can you imagine the grief of these men and women who have followed him over these three years?
Can you imagine the crushing despair that brought all their hopes tumbling down, plunging them into the depths of darkness?
It seems that Messiah figures rose and fell throughout history - but this time, Jesus followers thought they were onto the real thing.
And they threw in their all with him to prove it.
No wonder they gathered behind locked doors.
Licking their wounds.
Wallowing in their loss.
And then the audacity of the man.
To come and stand among them.
To appear to them on the beach.
To pop up here there and everywhere over the 40 days.
What was it our text said?
After his suffering he presented himself alive to them by many convincing proofs, appearing to them during forty days and speaking about the kingdom of God.
And, more than that, he ordered them not to leave Jerusalem, but to wait there.
And, once he has them together, once they’ve got their heads round him being alive - he disappears again, he ascends into the clouds.
How did the disciples hold on to their sanity.
How did they ever survive this game of divine hide and seek?

Perhaps it was because all that Jesus said to them- while he was with them and especially after the resurrection, finally began to make sense.
All the instructions.
All the farewells.
They seemed like gobbledygook in the heydays, when they were tagging along with Jesus having a high old time performing miracles and dissing the authorities, safe in the protection of the adoring crowds.
But, in the darkness of death, seeing just how much damage the government could do and in the light of the resurrection, seeing how much God could confound the darkness of humanity, bringing light and life, the words and teaching of Jesus began to make sense.
Here was God taking on flesh, showing us an alternative way to live and to love.
Teaching and equipping us for a new way of being.
And, trusting us to get on with it.
That’s the really scary part.
That God trusts us to be the difference that this world needs.
That God trusts us
To bring sight to the blind
Healing to the lame
Freedom for the prisoner.
God trusts us
To feed the hungry
To bind up the broken hearted
To preach good news.
Good news that all are welcome - ALL

Where is Jesus?
In you and you and you...
And so, on this Ascension Sunday, as we come to the table, may we find Jesus already waiting and may we make room for all, not just those who are like us.
Let’s take our heads out of the clouds, not so that we can be rooted where we are -  but so that we can find a lightness in our step that allows us to dance with our ascended Lord who still leads us down alleys we would never anticipate, tripping along to music we might never have heard before, finding a new rhythm of love and service, a rhythm of life that finds Jesus in every nook and cranny, in the faces of all we encounter, the Risen Ascended Christ in our everyday.
May it be so!

Let me finish with this reflection;
40 days since Easter
40 days since we applauded Jesus’ sacrifice
then hauled him out of the tomb
and got on with our lives
40 days that Jesus has walked beside us
offering us myriad glimpses
of his Risen presence
It was the Risen Christ who sat on the bridge
holding out his cup for a coin
and then took our hand
and looked into our eyes
and said thank you
as we glanced his way
and gave him some change.
It was the Risen Christ
who sat between us
as a colleague unloaded
and processed
the costliness of her work
and rediscovered her inner wisdom
and strength
to carry on serving.
It was the Risen Christ
who dried our tears
and stoked our anger
and determination
as we tramped the beach
imploring, beseeching God
to show us how
to serve authentically
in an institution
that is besieged
by power struggles
and injustice.
It was the Risen Christ...
It IS the Risen Christ
The Risen, Ascended Christ
who continues to penetrate
our consciousness
in our every day
looking into our eyes
in the eyes of all whom we encounter
reminding us of his teaching
imploring us to love
and willing us
to go and be disciples.